N-linked protein glycosylation (or N-glycosylation) involves the attachment of an 14-sugar glycan to the nitrogen atom of asparagine (Asn) residues on a protein as it is being synthesized in the endoplasmic reticulum (ER) lumen7,8. N-glycoproteins play a key role in multiple biological pathways, and N-linked glycans can affect protein localization, stability, solubility, activity, and interactions8,9.

The N-glycosylation pathway can be divided into the following steps:

N-linked glycosylation begins with the synthesis of the LLO. The 14-sugar oligosaccharide, also referred to as the N-glycan precursor oligosaccharide, is comprised of two glucose (Glc3), nine mannose (Man9) and two N-acetylglucosamine (GlcNAc2) molecules. This oligosaccharide, Glc3Man9GlcNAc2, is constructed in a stepwise fashion on dolichol, a lipid molecule that is anchored to the ER membrane; this sugar-lipid hybrid is also known as a lipid linked oligosaccharide (LLO). Each sugar is added to the growing oligosaccharide chain on the LLO by the action of glycosyltransferases, enzymes that catalyze the transfer of sugars from a glycosyl donor to molecules which “accept” sugars. In the early steps of LLO biosynthesis, highly energetic nucleotide sugars (e.g. GDP-mannose and UDP-GlcNAc) in the cytoplasm are the glycosyl donors, but later steps of LLO synthesis occur in the ER lumen and use sugars linked to other dolichol molecules8. The synthesis of the N-glycan precursor oligosaccharide is completed inside the ER so that it is near the newly formed proteins that will be targeted for glycosylation.

LLO biosynthesis starts with the addition of two N-acetylglucosamines (GlcNAc2) to dolichol phosphate, with a pyrophosphate (PP) bond being formed between the sugar and the lipid (Figure 1)7,8. Five mannoses (Man5) are added, forming Man5­GlcNAc2-PP-Dol, which is then transferred from the cytoplasmic side of the ER membrane to the ER lumen. An additional four mannoses and three glucoses are added to form the LLO, Dol-PP-GlcNAc2Man9Glc3. Inside the ER lumen, glucose and mannose sugars are linked to other phosphorylated dolichol molecules, and the sugar donors are accordingly Dol-P-mannose (Dol-P-Man) and Dol-P-glucose (Dol-P-Glc)7,8. 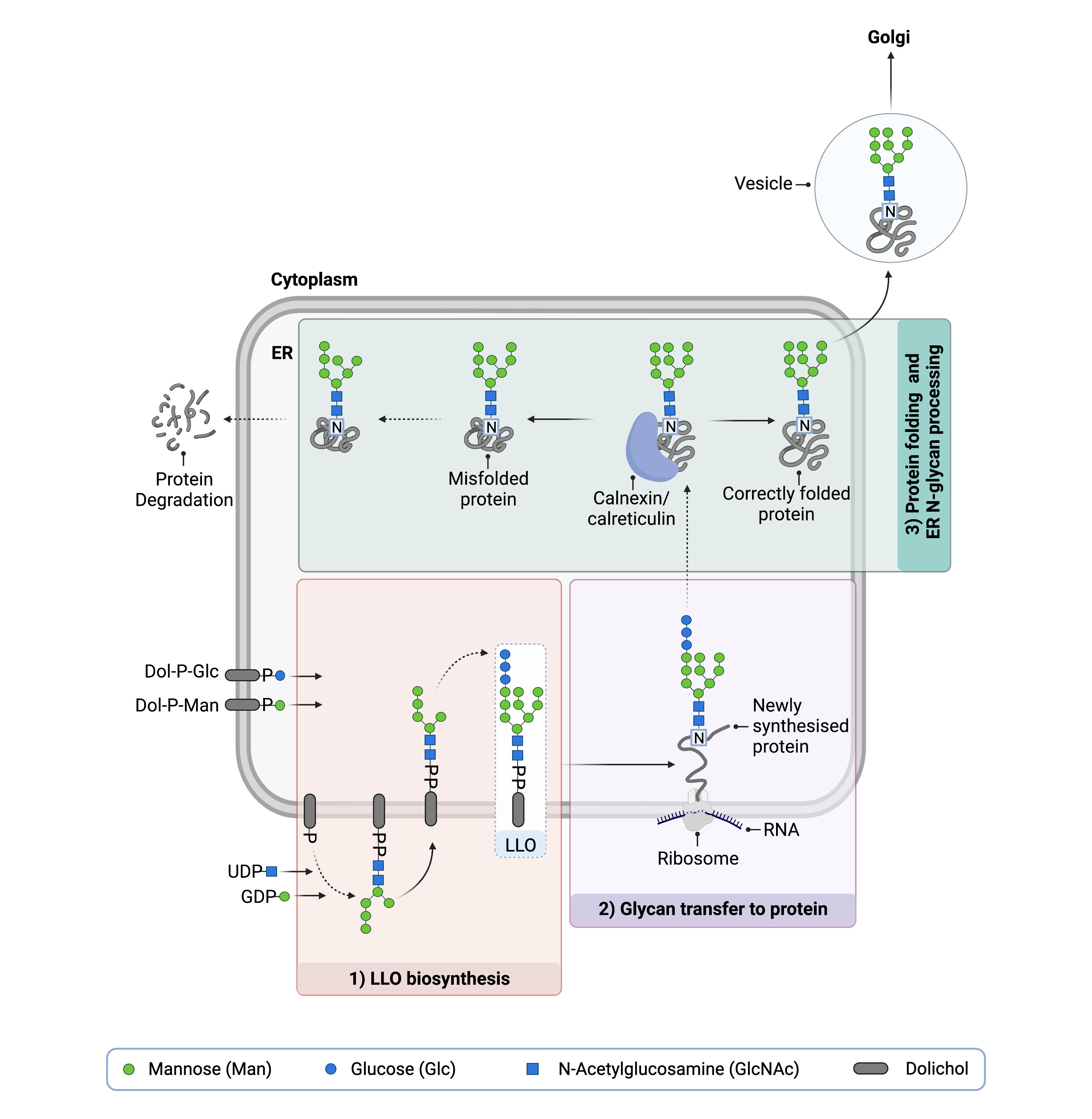 Figure 1. Lipid-linked oligosaccharide (LLO) biosynthesis and N-glycosylation.
Synthesis of the LLO begins on the cytoplasmic side of the ER; GlcNAc and mannose residues are transferred from nucleotide sugars (UDP-GlcNAc; GDP-Man) onto Dol-P. The intermediate structure is flipped into the ER lumen where mannose and glucose sugars are transferred from dolichol-linked sugars (Dol-P-Man; Dol-P-Glc) onto the growing oligosaccharide. The complete oligosaccharide, GlcNAc2Man9Glc3, is transferred onto an asparagine amino acid of a newly-synthesized protein. The N-glycoprotein undergoes folding and exits the ER.

Once assembled on the LLO, the N-glycan precursor oligosaccharide Glc3Man9GlcNAc2 is transferred to asparagine residues on newly synthesized proteins via the oligosaccharyltransferase (OST) enzyme. This process is called N-glycosylation and the attachment occurs between the nitrogen atom of the asparagine and the innermost GlcNAc in the glycan chain. The asparagine must be located in regions of the protein where the sequence of amino acids is asparagine-X-serine/threonine, also called an Asn-X-Ser/Thr consensus sequence (where X is any amino acid except proline)10.

After attachment of the glycan to the polypeptide, the three glucose residues are sequentially removed from the glycan chain by glycosidases, and the resultant N-glycoprotein undergoes additional folding with the help of chaperones8. If the protein is folded correctly, removal of the  terminal glucose is a signal for the N-glycoprotein to be transported to the Golgi apparatus.  However, if the protein is not folded correctly, the enzyme UDP-glucose:glycoprotein glucosyltransferase (UGGT) will re-add a glucose molecule to the glycan chain11. Next, two chaperones, calreticulin and calnexin, bind to the misfolded-protein and prevent it from leaving the ER12–14. Misfolded N-glycoproteins retained in this manner will eventually be marked for degradation.

Properly folded N-glycoproteins are transported to the Golgi. Then, the N-glycoproteins move through the Golgi and have different sugars added or removed from their glycan chain (Figure 2). This process is known as glycan remodeling, and it results in the formation of three distinct classes of N-glycans8,15:

After N-glycoproteins pass through the Golgi, they are transported by vesicles, to the cell surface where they are either secreted or incorporated into the plasma membrane. 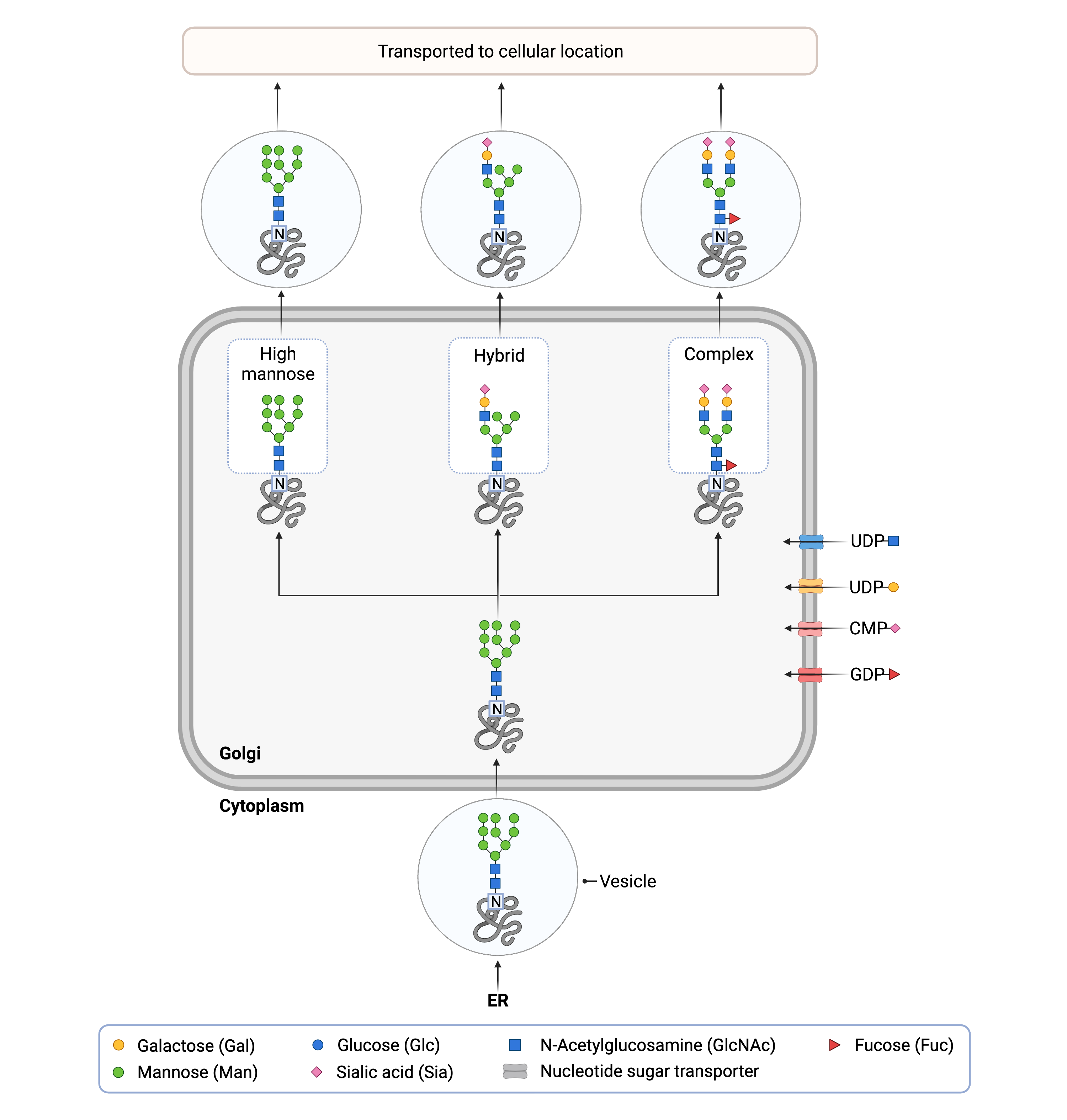 Figure 2. N-glycan remodeling in the Golgi.
An N-glycosylated protein is delivered from the ER to the Golgi by vesicles. Once inside the Golgi, sugars can be added or removed from the N-glycan, forming high-mannose, hybrid or complex glycans.

Disorders of N-linked glycosylation are the most common type of CDG, with 32 N-linked CDG currently known3. With the exception of GANAB-CDG and PRKCSH-CDG, N-linked CDG are inherited in an autosomal recessive fashion, with affected individuals receiving one defective allele from each parent2. Both GANAB-CDG and PRKCSH-CDG are inherited in an autosomal dominant fashion, meaning that affected individuals only need to inherit a single defective allele from either parent16,17.

N-linked CDG can be caused any mutation that prevents the normal formation of N-glycoproteins, including defects in synthesis of monosaccharides used in N-glycosylation,  LLO synthesis, glycan transfer by the OST enzyme, and subsequent glycan remodeling (Figure 3) 18. Mutations that decrease the availability of sugar substrates can also cause N-linked CDG19. Historically, CDG were categorized as Type I CDG or Type II CDG, depending on whether the glycosylation defect occurred before or after the transfer of the oligosaccharide to the protein, originating in the ER/cytoplasm or Golgi apparatus, respectively20,21. However, this classification system only applies to N-linked CDG.

Disorders of N-linked protein glycosylation that have been identified to date include: 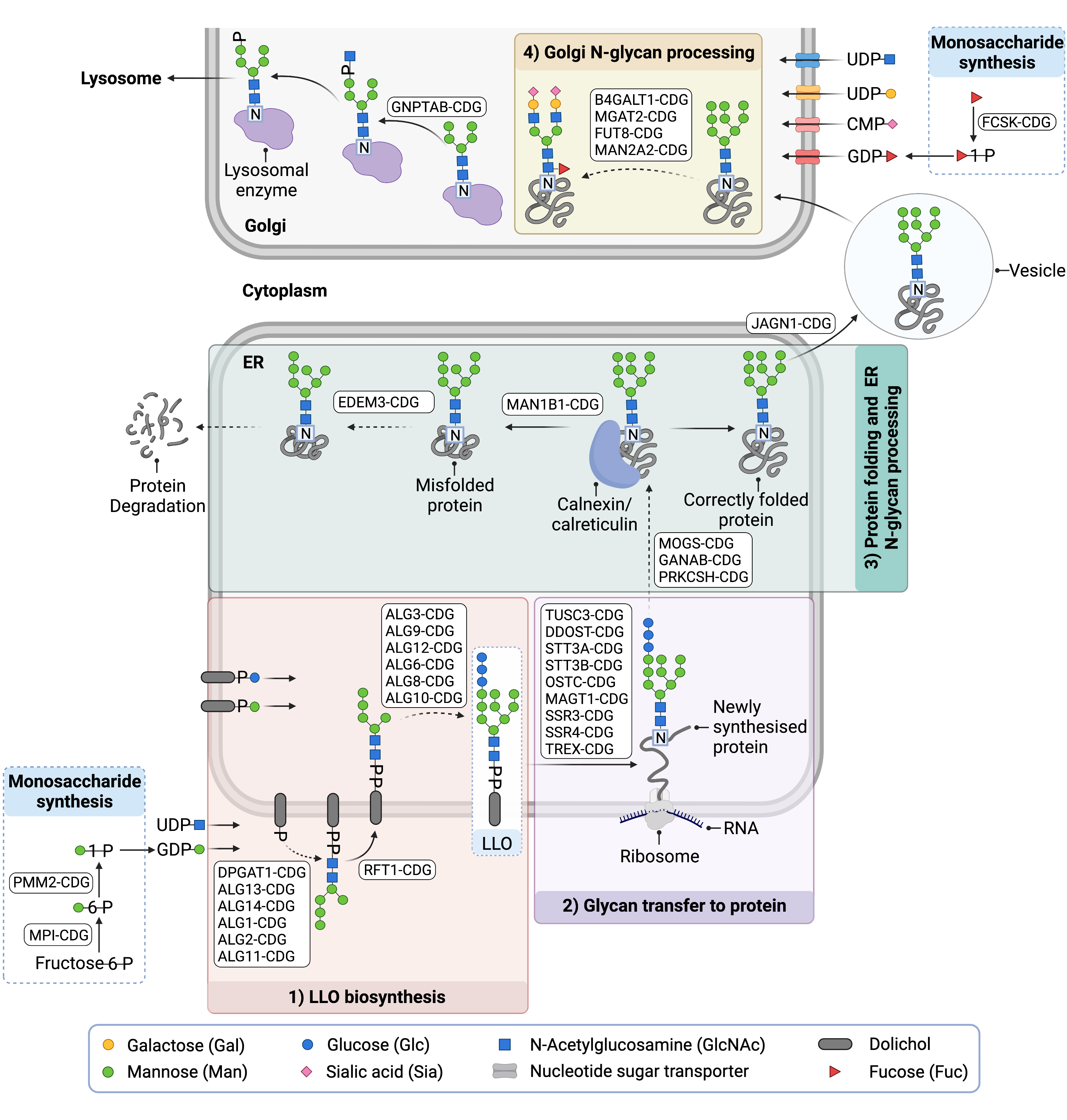 Figure 3. Overview of CDG involving N-glycosylation defects.
N-linked CDG are caused by defects in the synthesis of monosaccharides used in N-glycosylation, LLO biosynthesis, glycan transfer to a protein, and subsequent glycan remodeling in the ER or Golgi.

Diagnosis of N-linked CDG is achieved by conducting a series of tests which can help narrow down which part of the glycosylation pathway is affected and potentially identify individual CDG. A flowchart for the diagnosis of N-linked CDG is presented in Figure 41. The first step is typically analysis of the glycans (glycoforms) present on serum transferrin, an N-glycoprotein that is important for iron transport in the blood, using either transferrin isoelectric focusing (TIEF) or mass spectrometry22. The results from these tests may indicate whether the glycosylation defect arises in the ER, cytoplasm, or in the Golgi, and are used to inform subsequent testing. Depending on the initial findings, next steps may include analysis of specific enzymes involved in N-glycosylation and analysis of the LLO. Genetic testing is often necessary for definitive diagnosis.2,4,23,24.

In the case of N-linked CDG, transferrin usually has altered or reduced glycosylation, with changes to the number of sialic acids in the N-glycans or chains missing entirely (Figure 5). There are several methods to analyze transferrin, but differences in the abundance of transferrin isoforms is often measured using TIEF or mass spectrometry. 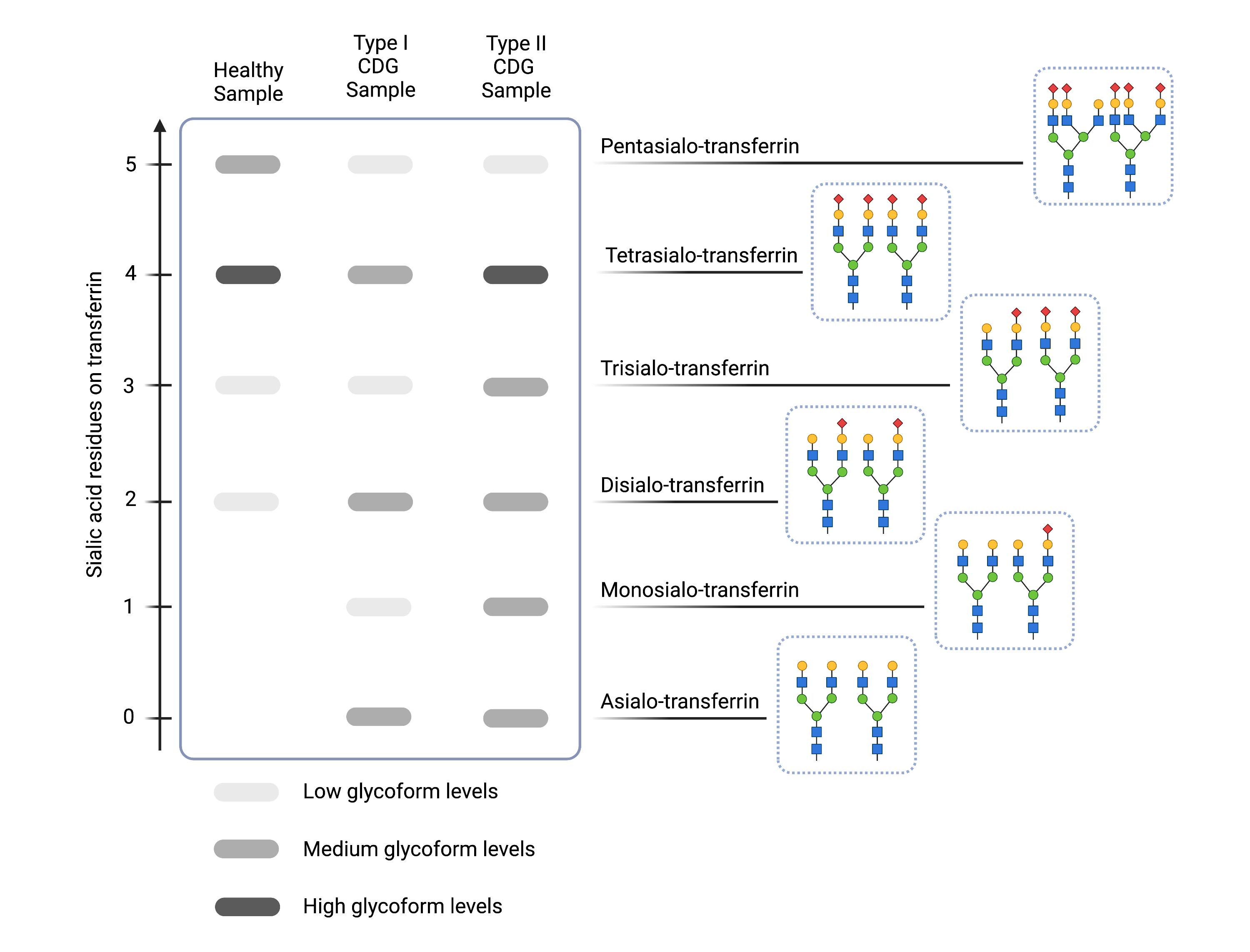 Several N-linked CDG types are better diagnosed by looking at all N-glycans present in a patient sample (e.g. serum, plasma, or urine) in order to identify abnormal N-glycan patterns25. This is often achieved using mass spectrometry.

Diagnosis of some CDG can be confirmed by testing the activity of the affected enzymes. In particular, if a Type I pattern is detected by TIEF, direct testing of phosphomannomutase 2 (PMM2) or phosphomannose isomerase (MPI) in patient derived cells can be used to quickly identify the CDG caused by defects in these enzymes1,2.

Patient fibroblast cells  obtained from a skin biopsy may be used to study the structure of the LLO26–28. An accumulation of an unusual or incomplete LLO structure is indicative of a Type I CDG.

Genetic testing is often required to definitively diagnose N-linked CDG and may include targeted sequencing of specific genes, use of CDG gene panels that test for known Type I or Type II CDG, whole genome sequencing (WGS), and the sequencing of all expressed genes (whole exome sequencing, WES)2,4,23,24