RFT1-CDG, formerly known as CDG-In, is a rare inherited condition that affects many parts of the body. To date, 16 cases of RFT1-CDG have been reported in the literature. RFT1-CDG is classified as a disorder of N-linked protein glycosylation. RFT1-CDG is caused when an individual has mutations in both copies of the RFT1 gene, which provides instructions for making an enzyme that is involved in N-glycosylation of proteins. The RFT1 enzyme flips a lipid-sugar molecule (Dol-PP-Man5GlcNAc2) from the cytosol to the inside of the endoplasmic reticulum where additional sugars can be added. The completed sugar chain (glycan) is then transferred to proteins during N-glycosylation. Mutations in the RFT1 gene cause proteins to be under glycosylated, meaning proteins have abnormal or lower levels of sugars attached. Symptoms of RFT1-CDG begin at infancy and are primarily characterized by neurological abnormalities, including developmental delay, seizures, and deafness that typically presents in newborns to young children. Several screening tests are available for RFT1-CDG, but a definitive diagnosis is achieved through genetic testing. Treatment is focused on the management of specific symptoms and preventing complications.

RFT1 congenital disorder of glycosylation (RFT1-CDG) is a rare autosomal recessive genetic disorder. The first reported case of RFT1-CDG was in 20001 , and there is a total of 16 cases reported in the literature so far1–14. The RFT1 gene encodes an enzyme, RTF1, which is needed for lipid-linked oligosaccharide (LLO) synthesis during N-glycosylation of proteins. RTF1 is responsible for transferring a LLO precursor, Dol-PP-Man5GlcNAc2, from the cytosolic side of the endoplasmic reticulum (ER) to the lumen side of the ER during LLO synthesis. Deficiency in the RFT1 enzyme results in an accumulation of the Dol-PP-Man5GlcNAc2 precursor and insufficient N-glycosylation of proteins. Symptoms begin at infancy and the characteristic presentations of RFT1-CDG include developmental delay, seizures, and deafness. A diagnosis can be determined through transferrin analysis and LLO analysis. However, a definitive diagnosis can only be achieved through molecular genetic testing. There are currently no approved treatments for RFT1-CDG.

RFT1-CDG is an autosomal recessive disorder, meaning an affected individual inherits one defective copy of the gene from each asymptomatic parent.

RFT1 encodes a putative flippase enzyme, RFT1. RFT1 is responsible for transferring Dol-PP-Man5GlcNAc2 from the cytoplasmic side to the luminal side of the ER during LLO synthesis11,13–15.

LLO synthesis is carried out by a series of enzymes encoded by the DPAGT1 and ALG genes and can be divided into two phases: Phase I and Phase II (Figure 1)16. 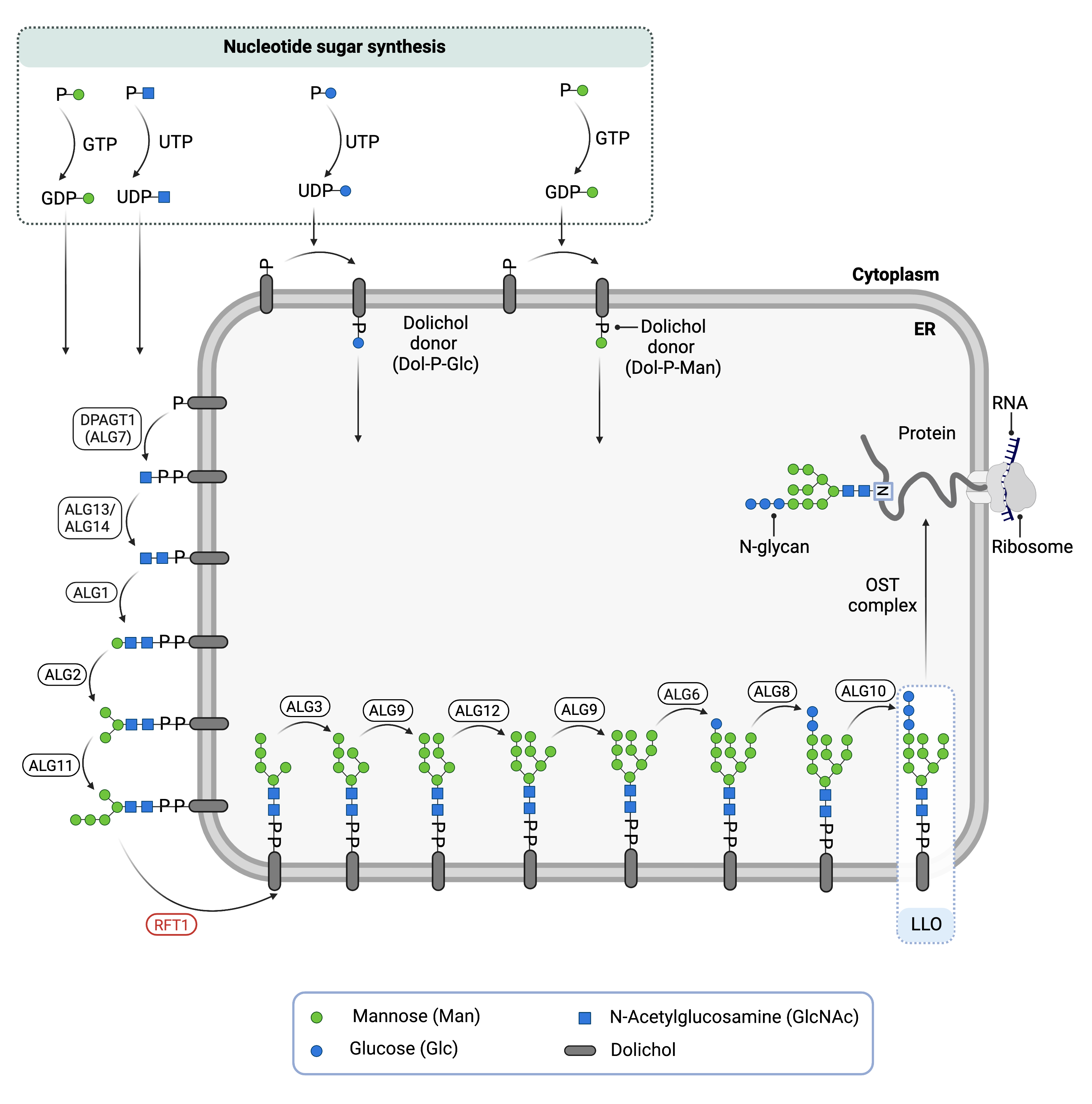 Figure 1. Role of RFT1 in glycosylation.
RFT1 is an enzyme involved in lipid-linked oligosaccharide (LLO) synthesis, which is needed for N-glycosylation. RFT1 flips the LLO precursor, Dol-PP-Man5GlcNAc2, from the cytosolic side of the ER to the lumen side of the ER.

Phase I of LLO synthesis takes place on the cytoplasmic side of the ER. It begins with the sequential attachment of two N-acetylglucosamine (GlcNAc2) and five mannose (Man5) residues to Dol-PP by several ER enzymes. GlcNAc and mannose are transferred from nucleotide sugars UDP-acetylglucosamine and GDP-mannose, respectively. The intermediate structure, Dol-PP-GlcNAc2Man5, is translocated from the cytoplasm into the ER lumen by the RTF1 enzyme (Figure 1)16,17.

Phase II of LLO synthesis takes places in the ER lumen. Once in the lumen, four mannose residues followed by three glucose (Glc3) residues are added to the intermediate structure, generating the complete LLO structure: Dol-PP-GlcNAc2Man9Glc3. Mannose and glucose are transferred from glycosyl donors Dol-P-mannose and Dol-P-glucose, which are formed on the cytoplasmic side of the ER and must also be flipped across the ER membrane16.

Once assembled, the oligosaccharide is transferred “en bloc” from Dol-PP to an asparagine residue of the newly synthesized protein via the enzyme oligosaccharyltransferase (OST), resulting in N-glycosylation of the protein16. The activity of OST is highly specific for the completely assembled 14-sugar oligosaccharide, Glc3Man9GlcNAc2.

Individuals with RFT1-CDG typically develop signs and symptoms during infancy. RFT1-CDG is primarily characterized by developmental delay, low muscle tone, and seizures. The characteristic clinical presentations of RFT1-CDG include2,6–12,14,19:

One case has also been reported with symptoms developing during pregnancy such as floppy neonate, fetal growth restriction, facial dysmorphism, severe respiratory insufficiency and ventilator dependence as a newborn. Multiple cases also had coagulation disorders, such as thrombosis and thrombophilia12.

RFT1-CDG is classified as a disorder of N-linked protein glycosylation.

Under the former CDG classification system, RFT1-CDG is classified as a Type I CDG, which arises due to defects in the synthesis of oligosaccharides or their transfer to N-glycoproteins.

Although diagnosis of RFT1-CDG may be suspected based on presentation of symptoms and a detailed patient history, direct molecular genetic testing is the only definitive diagnostic test. First-line screening tests in suspected patients are serum transferrin analysis and LLO analysis. However, genetic testing via next-generation sequencing is required for a definitive diagnosis of RTF1-CDG.

Individuals with RFT1-CDG show a type I pattern by transferrin isoelectric focusing (TIEF). Type 1 patterns are observed in CDG that arise due to defects in the LLO synthesis and are characterized by an increase in disialo- and asialo-transferrin isoforms14.

LLO analysis of RFT1-CDG patient fibroblasts show an accumulation of the intermediate structure Dol-PP-Man5GlcNAc2, along with normal protein-linked glycans, which is expected for a defect in the translocation of Dol-PP-Man5GlcNAc2 to the ER lumen14.

Accumulation of the intermediate LLO molecule, Dol-PP-GlcNAc2Man5 in patient fibroblasts may be used as a biomarker for RFT1-CDG11.

Prognosis of RFT1-CDG may vary depending on the severity of an individual’s symptoms and the type of mutation they harbor. As of 2019, a patient who is 18 years old has been reported in the medical literature11,12.

Management of RFT1-CDG focuses on symptoms and avoiding complications. Management of symptoms may include combinations of physical and occupational therapy.

There are currently no treatment options available for RFT1-CDG.

Several research models have been generated to RFT1-CDG, including yeast, protozoa and mouse models and human cells.

In yeast, the Rft1 protein has been shown to mediate the translocation of the LLO across the ER membrane in a bidirectional manner15. However, there is evidence that suggest RFT1 has an accessory role in translocation, rather than acting as the Dol-PP-GlcNAc2Man5 flippase in yeast20.

Rft1-deficient yeast have been used to investigate the pathology of the p.R67C mutation, where it was found that the Rft1 deficiency leads to an accumulation of Dol-PP-GlcNAc2Man5 and hypoglycosylation of proteins13.

HpRFT1 was shown to have a role in translocating Dol-PP-GlcNAc2Man5 from the cytoplasmic side of the ER to the ER lumen in H. polymorpha. Overexpressing HpRFT1 increased growth in mutant strains Hpalg11Δ and Hpalg3Δalg11Δ, whereas strains lacking HpALG11 had poor growth21.

Clinical and Basic Investigations into Congenital Disorders of Glycosylation (NCT04199000)
The Frontiers in Congenital Disorder of Glycosylation Disorders Consortium (FCDGC) is conducting a 5-year natural history study on all CDG types, including RFT1-CDG. The purpose of this study is to define the natural history and clinical symptoms of CDG, develop new diagnostic techniques, identify clinical biomarkers that can be used in future clinical trials and evaluate whether dietary treatments improve clinical symptoms and quality of life.